Fighting zombies is a pastime nobody wants in real life, but many people enjoy pretending. The safest way to practice zombie combat is through a video game. Many game developers have had similar thoughts and have created ways to dominate zombies (or be defeated, depending on one’s ability level). These include computer games, console games, apps, and virtual and altered reality. Call of Duty is well known for battle gameplay. While many of the series are fighting other military foes, these two are geared especially for the zombie apocalypse scenario. An open world experience paired with sandbox combat and unique enemies allows for a variety of gameplay. The setting is Pacific Northwest. Players control the outlaw-turned-bounty hunter on his bike to explore and fight through a dynamic world. 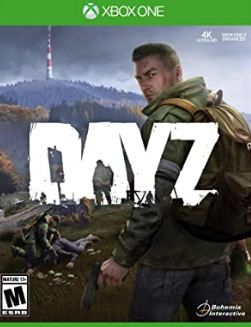 The world is full of hostile undead. The terrain may be familiar, as it is hand-crafted from location in real life. Sixty players on a server each fight to be a survivor. Hunt, craft, avoid injury and diseases (or treat them if they happen). California is the location where the player’s team of heroes – immune to the virus that causes zombies – head into the wave of zombies. Craft helpful tools and weapons and join other players (up to 8) to share adventures and survive together. Frank West is carrying a camera, but also needs to find weapons and tools to combat zombies in Willamette. Play a randomly generated world full of zombies, people, dogs, and more zombies. Every time you play, the set and story are different. Hunt the zombies and escape being hunted by free running and fighting in the open world environment. Use melee weapons such as knives and axes, bats and sledgehammers, or use range weapons to keep your distance. Add components to weapons, such as electricity, to enhance their fighting power. Leave the quarantine area to drive or walk throughout a region populated by zombies. This bigger version is also scarier.

The House of the Dead: Overkill A first person shooter, in this game the player is fighting a zombie outbreak in Europe. Single-player or multiplayer up to six people, fight against waves of Zeds – zombie clones that give money and experience which can be used later to purchase and upgrade weapons and armor.

The Last of Us Help Joel and Ellie survive as they journey across the United States. Some of the last survivors in the world, the story of these two survivors will keep players engaged for hours. Players can choose to be survivors or zombies in this epic battle. Games can be played by 1-8 players for a cooperative experience. Play as an 18-year-old high school student who hunts zombies with a chainsaw in her off time. Find the root of the outbreak of zombies and take out the undead hordes. While this sandbox game may not be primarily zombies, they do show up every time it is nighttime in the game. It is a lot of fun to build, explore, and defeat the zombies. Unlike the Oregon Trail, in this game players are trying to avoid zombies. This is the original tower-defense style zombie game. Players deploy plants to defend the house from the waves of zombies. The garden offers ways to improve the game with bonus plants.

Plants vs. Zombies: Battle for Neighborville This new iteration of the game offers new zombies, new plants, and a new game mode. This is NOT a single-player game, but rather an MMO that requires an Origin account. Based on the classic horror story, the series of games are built to be frighteningly realistic. Choose characters and fight the hordes of zombies; watch as they take visible damage. Destroy them and move on to the next area while continuing to fight for survival. Explore the open world and craft weapons and armor, tools and clothes; repair vehicles and other items; build shelter from other buildings or from scratch. Play with others head-to-head or cooperatively. Improve skills and fight zombies in this RPG survival game. Four people play co-op in an open world that is full of hostile zombies. Set up a base of operations, improve character abilities, and manage resources. Each decision carries consequences. Choose wisely and you might survive!

Stubbs the Zombie in Rebel Without a Pulse A whole different kind of zombie game – in this game, the player is the zombie. The goal is to infect as many humans as possible, turning enemies into allies.

Young Clementine has grown into a tough survivor, who fights back as the disadvantaged in a crazy apocalyptic world. Guide her through the maze of zombies and fright to safely emerge on the other side. Swarms of zombies attack in hordes and are dispatched with rivers of gore. Campaigns driven by story lines offer stories of amazing perseverance while players increase strength and ability by defeating zombies by the hundreds. Create your character, fight, and avoid becoming infected. Choose from a variety of weapons and take your last stand. This survival game requires players to find supplies, ammunition, and other resources. Survive against all odds, but if the player does not survive, the character becomes one of the zombies and the player’s new character can get the resources from the previous character that joined the zombie ranks.